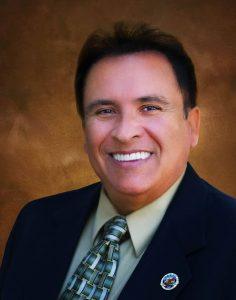 Jerry G. Velasco has been in the entertainment industry for over 40 years as an accomplished actor, producer, union organizer, personal manager, arts advocate and head of his own multimedia entertainment company, Velasco & Associates. A native of Jalisco, Mexico, Jerry was raised in Los Angeles from an early age. He began his involvement in the arts when he received a two-year scholarship to the renowned Actors Studio, studying under Lee Strasberg and Shelley Winters, among others. After completing his studies, he began to work extensively in the entertainment industry.

Jerry G. Velasco has also been involved for over four decades in the nonprofit sector, and he has been credited with being one of the most outspoken advocates in the country for the improvement of the Latino image and employment in the media, in front of and behind the camera. As President, Jerry led NOSOTROS into one of the most influential Latino Arts organizations in the country.

He has dedicated the majority of his life to the nonprofit world, serving communities across the United States and abroad. His unwavering dedication as an advocate for the arts, the labor unions and Latinos in the entertainment industry has brought many opportunities to the U.S. Latino community.

After serving the community in many aspects for over 40 years, Jerry’s most recent venture has been into the political arena. In 2015, Jerry was elected to the El Monte City Council and currently serves on the City Council and previously as the City of El Monte Mayor Pro Tem (Vice Mayor). He also serves as a Los Angeles county commissioner on the Los Angeles County Commission on Local Government Services, having been appointed by Los Angeles county supervisor Hilda Solis.

As you can see, Jerry is an individual who is very busy in different fields, whether it be in his personal business in the entertainment industry or in the political world he has now entered. One thing that he has committed to and has never forgotten is to help the nonprofit world so that they can be able to help others in our community. He will never forget the nonprofit organizations because that is where he started and that is where he comes from — community first! Si Se Puede, Yes We Can!